What'd you do today?

Maybe because you were whooping and hollering too much?!

KodiakMustang said:
Maybe because you were whooping and hollering too much?!
Click to expand...

The heavy-footed pacing didn't help any either.

nickf2005 said:
The heavy-footed pacing didn't help any either.
Click to expand...

We had some heavy pacing in KC during that first quarter and then . . .

TedShred said:
Thanks again everyone (including Nick)

We already know about the baby sitting requests (they have a German Shepherd pup that we take care of quite often). The dogs life has just been turned upside down.
Click to expand...

Congrats on the new baby and the German Shepard will be the perfect companion to grow up together.

Ford Fest said:
We had some heavy pacing in KC during that first quarter and then . . .
Click to expand...

Sorry Bob will be rooting against you this weekend as the Tennessee Titans will by the underdogs again this weekend.

Ford Fest said:
We had some heavy pacing in KC during that first quarter and then . . .
Click to expand...

I heard that KC ran out of fireworks to shoot off after touchdowns because they scored so many times. That’s a good problem to have!

TedShred said:
I heard that KC ran out of fireworks to shoot off after touchdowns because they scored so many times. That’s a good problem to have!
Click to expand...

That is true. I work for the Chiefs on game days. We posted the following message. . . “we are sorry to report but, due to your support and the Chiefs continually finding the endzone, we have run out of touchdown fireworks”.

We really want to see the Lamar Hunt trophy given to Lamar Hunt’s wife and children. We have never been awarded the trophy. Our last SB was Super Bowl IV, the fourth and final AFL-NFL World Championship Game in professional American football, was played on January 11, 1970, at Tulane Stadium in New Orleans, Louisiana. Wikipedia

For those not familiar with Lamar Hunt. He is not only known for being the founder of the Kansas City Chiefs. Enjoy the read 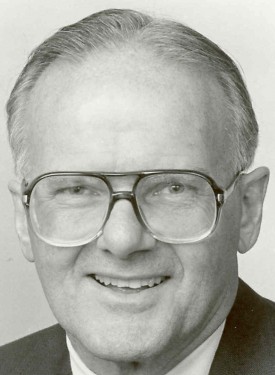 Ford Fest said:
I work for the Chiefs on game days.
Click to expand...

What do you do? I attend on gamedays

Sent from my iPhone using Tapatalk

Carsten89 said:
What do you do? I attend on gamedays

Sent from my iPhone using Tapatalk
Click to expand...

I’m a concierge. Where are your seats?

Ford Fest said:
I’m a concierge. Where are your seats?
Click to expand...


Sent from my iPhone using Tapatalk

Swung by Walmart and a 12ish year old girl said my car was “pretty.”

I am beyond pissed.

2008 Vapor/Black Coupe
Joined Sep 2, 2008
·
1,751 Posts
Sorry John, that sucks. I hate aftermarket paint, but it is an opportunity to do something fun. You're not one to shy away from interesting ideas...

Catmonkey said:
Today, my Shelby was backed into by someone at the post office that doesn't know how to look behind them when they back up. GRRR!!!

Crapola!!!! Were you in the car, or did they do a hit and run without leaving a note? How bad? Will it buff out, or will replacement parts be required?

I know the feeling...sickening in the pit of your stomach!

2019 Shelby GT350
Joined Jan 30, 2008
·
9,430 Posts
Ugh! That's awful! We all try so hard to avoid these crappy drivers out here and they still manage to hit our cars! Just unbelievable! So sorry this happened to your beautiful car!

2012 SVTPP with a heavy dose of 2013 components
Joined Jun 28, 2011
·
7,306 Posts
I was backing out of my spot and stopped while putting it in first gear and BAM! Just above my rear side marker on the quarter. It wasn't a light hit. So the worst place for sheet metal damage on a mustang. I called the cops, but there's only so much they can do in a private lot. I figured the tire took some of the hit, but my wife can't detect any wheel/axle misalignment while I backed up and pulled forward. I have no doubt this will be a he said/she said because she was already crawfishing after she told me she didn't see me.