I became a member in 2012 when I purchased my first GT500 which was a 2011. This car will always be my baby and I truly wish I would have kept it, but we will get to that a little later.

I have always loved cars since I started driving... have to share my first car as who doesn’t love a nice G body car. It was an 82 Cutlass Supreme in a funky colored Green metallic color. Man I beat on this car and it lasted a fair while.

I have to admit most of my younger years were focused on Chevys as my father was a fan of them, but who didn’t love an old school Chevy! My dad and I shared the love of one car in particular which played a part in choosing the color scheme on my 2011 GT500. It was a 1970 Chevelle SS 396 numbers matching car that we shared many hours working on. My dad decided to let her go in 2006, which worked out as he ended up getting a good dollar for her before the economy tanked.

Fast forward to my first Mustang after a few fast Chevys in between. A 2011 California Special. All appearance mods, but she definitely was a fun car on the street or strip!

I traded in the California Special for our first GT500, the 2011. All the modifications were your standard modifications to net about 650RWHP. I traded her in for a new “Auto” 2016 Hellcat and because of some reasons, I wish I would have reconsidered a little better.

 Now to the short story of where we are at today. As stated above, I traded in the 2011on a Hellcat. The Hellcat gave me TONS of problems and after a year and a half, I started my search to get back into a GT500. After about 6 months, I found one that covered most of my wants, but it was at a dealer in Ohio about 500 miles away. A good friend of mine knew how important this was to me and offered his truck and trailer to bring the Hellcat to Ohio to trade it on the 2014 GT500. I contacted the dealer, worked out a deal over the phone/email and loaded up the Cat to head off to Ohio.

After a 7 hour trip to Ohio, the exchange happened. What a bittersweet moment.

After another 7 hour drive back home that same day, a long day was finished and I couldn’t have been happier! It was very hard to thank my friend enough for what he did for me. He ended up driving the entire round trip! The timing was the only bad part as it was early November, so I ended up storing it as soon as I got it home and had to wait till spring to enjoy it.

Here is how she looked the first night in the garage, stock with no modifications at all:

I couldn’t leave it alone and started modifying her to my liking. I started with appearance modifications:

I then wanted to add the only thing I could that I didn’t get on my “must have” list when shopping for this car......stripes! I was able to pick up an aftermarket set and decided I wanted to install them myself. I am a perfectionist so it took quite awhile... 13 hours to be exact!

I added the same accent stripe I had on my 2011. To me, this really sets it apart and draws attention to it.

Next was my favorite modification from my 2011: an MGW shifter. This time it would be the MGW 2, which is even better than the original.

I added a few other modifications in the performance department as many have. Although I wasn’t planning to, @03reptile (Mike) hooked me up with a power package. Thank you Mike! After installing the power package and Corsa Extreme axle backs, I contacted BJ at Venomous Tuning to complete the performance side and I couldn’t have been happier with the final result!

Now to the last modification which has a small story in its own. When I had my 2011, I had always wanted a set of True Forged wheels and purchased a set for that car. I de-modded and sold everything from the 2011 including the wheels. Fast forward and I was contacted by the guy who bought those wheels from me and asked if I wanted to buy them back. I was very excited to hear as I loved those wheels. The only issue is they were powder coated to Black Chrome which meant the Brushed polished finish was gone. I did prefer the original finish but decided to work a deal out and get them back. I powder coated them Satin black centers and Glossy black lips. I scheduled a photo shoot after everything was done. Here is the car as it sits now, definitely a different look from my 2011, but I am still happy!

As some of you know, my wife and I moved to St Louis, starting last November and we are just now starting to adjust to our new home and routines. Because of this, I haven’t paid enough attention to the Shelby or the forum but hoping to start real soon. Hope you enjoyed the story. Thanks again for selecting my car for ROTM!

I didn't realize you had Corsa Extreme axle backs. I bet they sound absolutely sick, dude. Would love to see/hear a video of you doing a fly by!!!
► Show Full Signature
Gone but not forgotten! 2011 SVTPP - Sterling Gray Metallic - Stripe Delete

2019 Shelby GT350
Joined Jan 30, 2008
·
9,341 Posts
Beautiful car, Paul! It looks striking with the black wheels! What's a Shelby w/o stripes? LOL! Good story of your history with cars and welcome to the bright side!! Glad the system is working well for you. It was a pleasure to help another member! BJ is the best! A well deserved recognition of another satisfied customer! Congrats!
► Show Full Signature
Mike (#1!) 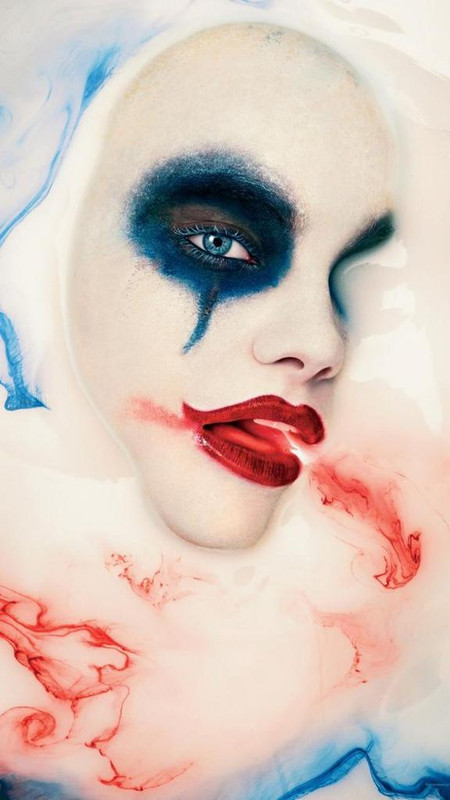 Joined May 11, 2012
·
225 Posts
Your attention to detail has yielded a beautiful car. Congratulations on the ROTM

Joined Nov 23, 2012
·
1,837 Posts
Really appreciate this honor and especially want to thank Tim for his patience with me as I dragged my feet on this as we have been dealing with quite a bit with the move to St Louis. We are settling in now and nice to get back to enjoying the Shelby and the forum. Now I just need to find that job.....however it’s been nice rehabbing the house without working.

Thanks guys without all of you guys my Shelby wouldn’t be what it is today. I learn from this forum as well as connect with others which makes it like family.

Joined Dec 6, 2011
·
3,404 Posts
Congrats on being selected for ROTM! Great story, love the refection of the trouble-plagued Hellcat logo on your hood when you first got it home! The current look of your car is awesome!
► Show Full Signature 03reptile said:
On a side note, Paul. Did you get the house you wanted, is the wife happy, and was the area you picked what you all were seeking?
Click to expand...

Thanks for asking Mike. We did get the house we wanted in a area we were ok with. The house needed a lot more things then we expected when bought the house. It has taken me and my dad the full 4 months to fix, clean and get to where we are calling it home now. The wife is extremely happy with her job and the new home now. We are just fortunate not only to have family close but that my wife was able to land a great job to support us both for now. Now it’s my turn to find that job, whatever it may be as I am looking for jobs outside my original focus as that seems a little scarce in the area.

TedShred said:
Just noticed your car is this month in the forum calendar! Nice July double.
Click to expand...

TedShred said:
Just noticed your car is this month in the forum calendar! Nice July double.
Click to expand...

I didn’t know there was a forum calendar. Where can I find that?
► Show Full Signature

Rjstevens said:
I didn’t know there was a forum calendar. Where can I find that?
Click to expand...