Hey dummies, if there WAS NO Crime of Collusion or any crime, There can be NO OBSTRUCTION !!! Obstruction of WHAT !!!
► Show Full Signature
Ken
Mods: just a couple

Joined Apr 19, 2018
·
208 Posts
I believe that they are saying his tweets were so intimidating they rose to the level of obstruction. Grasping at anything now that their collusion bubble has burst. MAGA!!

worstnightmare said:
I believe that they are saying his tweets were so intimidating they rose to the level of obstruction. Grasping at anything now that their collusion bubble has burst. MAGA!!
Click to expand...

There is nothing that would hold up in a court.

"Oh judge, he, he, Trump, intimidated me with a tweet and all those red hats." waahaahahahaaahahahaaa !
► Show Full Signature
Ken
Mods: just a couple

Joined Feb 15, 2015
·
7,844 Posts
It's hard to believe that anybody actually takes the DemoRATS seriously anymore. It's like watching little kids trying every angle they can to cause trouble, without any regard for common sense. I still laugh/cry that this BS has gone on this long, seeing that "collusion" is not a legal term that can be prosecuted (and it is a proven fact that Hillary colluded with the Russians for the fake dossier)… so what was the end game … to place a grey cloud over Trump's presidency??? … and now that it's been proven there was none, the "rats" have to move on to something else (while totally ignoring everything Hillary did in a treasonous fashion) … maybe obstruction … maybe past business deals … maybe past loan applications … accounting practices … old girlfriends … tax returns … does he wear Shelby branded underwear??? In the meantime, NOTHING constructive is getting done in Congress to benefit WE THE PEOPLE !! … just more worthless investigations … it is a shame the "rats" took over the House, thank goodness we still have the Senate. I don't know how anybody in their right mind can identify with idiots like Schumer, Schiff, Pelosi, AOC, Bernie, Omar, and the rest of these "rats" …. unbelievable events that will go down as some of the worst in American history, and will hopefully come back and bite every one of these worthless souls right where it counts. Thank goodness President Trump is still getting some things accomplished, it's just a shame he has to deal with a bunch of misguided idiots who are holding this country back from massive prosperity. I guess it's the unfortunate plight of human civilization, that there are some who will always be ignorant troublemakers. I shake my head with disgust.
► Show Full Signature
Greg
"... livin' in a van .. down by the river ..."

18 U.S.C. § 1503 defines "obstruction of justice" as an act that "corruptly or by threats or force, or by any threatening letter or communication, influences, obstructs, or impedes, or endeavors to influence, obstruct, or impede, the due administration of justice."

Joined Feb 15, 2015
·
7,844 Posts
.… uhhhhh, mainly because it wasn't Mueller's job TO EXONERATE from obstruction. He was only there to investigate "collusion", and he proved President Trump and campaign associates DID NOT collude with Russia … PERIOD, end of story. "Obstruction" is just the next chapter in the DemoRATS scheme to keep cloudy skies over the White House. The rest of the determinations from evidence gained, will fall to Attorney General Barr … and now let the slandering of AG Barr begin. Oh yes, this theme will never end. Just as I said, the DemoRATS will get nothing done in the House, to busy with a shovel digging around the back yard looking for buried treasure. Many people have seen the DemoRATS for what they are, now that a light has been shone on their scheme. I hope AG Barr is an active AG … one that will "speak softly and carry a big stick" … put some of these treasonous DemoRATS behind bars where they belong. Who cares??? … I care that these sleazy bastards and bitches tried to steal an election away from American voters. Just because many of you don't like Donald Trump personally, doesn't mean you should support treasonous activity meant to deprive American citizens of their voting power. Once again, I shake my head with disgust.
► Show Full Signature
Greg
"... livin' in a van .. down by the river ..."

2008 Metalic Vista Blue Convertible
Joined Nov 9, 2014
·
5,523 Posts
Greg, why even bother with, those 'people', they, only have one goal no matter how much truth slaps them in the face.
► Show Full Signature
Ken
Mods: just a couple

Friends
skyrydr has not made any friends yet 1 Alibi 2 said:
No matter how good the Dims are @ checkers, they fail to realize they're in a CHESS game !!
.
Click to expand...

I hope they continue with their idiotic BS thru 2020.

...and keep AOCrazieo up in front, it is always good to have a mentally deficient as your face person. LoL
► Show Full Signature
Ken
Mods: just a couple

Joined Aug 29, 2018
·
130 Posts
Oh thank God! I clicked on this link with a lot of hesitation hoping and hoping it wouldn't be full of Democrat/liberal drivel. I cannot explain the relief I felt when I realized the other people on this forum aren't entitled morons who benefit from capitalism while railing against it. Sure, free college and free Medicare for all sounds great until you realize the Nordic countries have a 60-70% tax rate! There's a reason so many millionaires live in the USA. 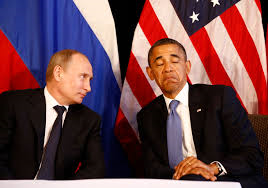 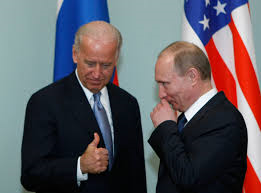 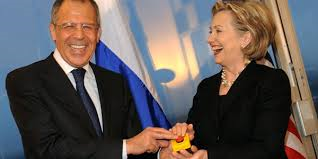 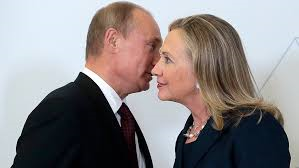 'cause said:
Greg, why even bother with, those 'people', they, only have one goal no matter how much truth slaps them in the face.
Click to expand...

Probably because I'm retired and have the time ……. :lol:


I'm just glad the majority of our Forum members possess good common sense and can see right through the shenanigans these DemoRAT politicians are wasting our hard earned tax dollars on, while simultaneously not getting anything done of a constructive manner for our country.

skyrydr said:
Things are starting to get very juicy, hmmmmmmmm....... maybe some hope yet?
Click to expand...