Sure they are. You have to realize they're upside down in the picture. Why? I don't know.

Jam421 said:
This has been pushed around on the forum a whole bunch but while upgrading from the VMP 67 I bought 2 Brand New FRPP Mono's that could not be tuned by two different Mustang Shops or Lund. In essence I had 3 useless base tunes.
I shipped one FRPP Mono to Accufab where it spent two weeks bench tested. After telephone discussions with an Accufab Tech the company owner called me at home to tell me he even baked the FRPP TB at 260 degrees to simulate engine temps before bench testing . Accufab concluded my FRPP TB Mono was perfect But...after reloading each of the 3 Mono blade base tunes there was still zero street driveability. I was no longer able to chase the 20rwhp FRPP Mono gain.
.
Click to expand... 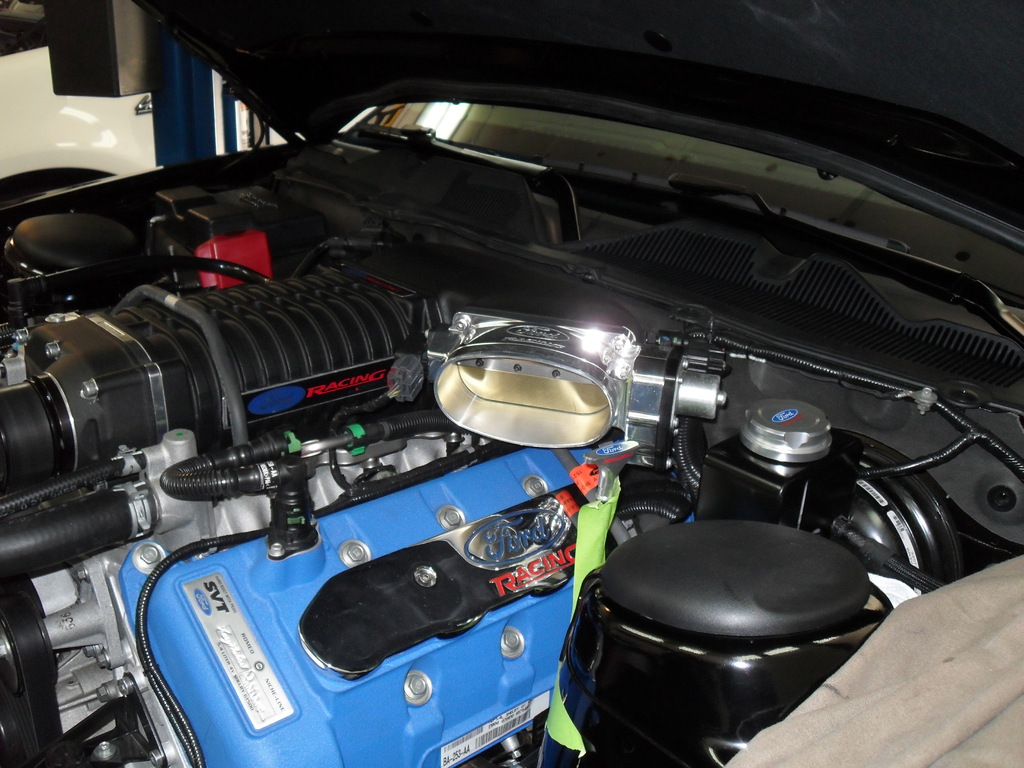 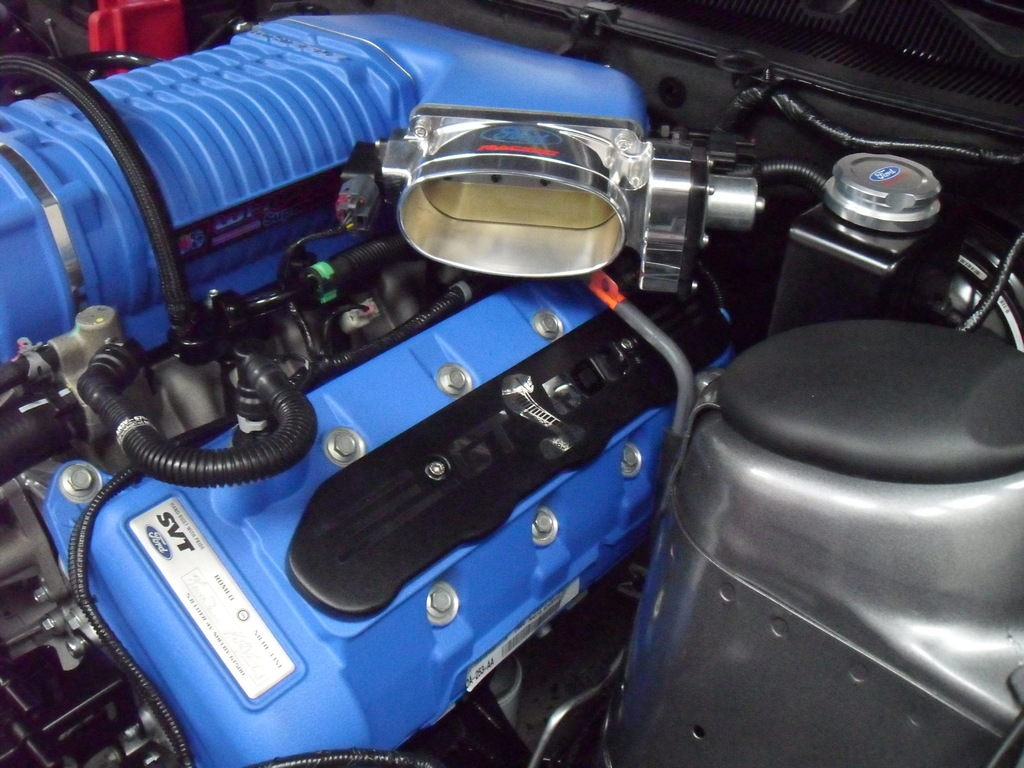 BABUS_SVT said:
I looked at Kenne bells website and they recommend the 168 kb mono is for 800whp+ ..how does it run overall and does it fit stock 2.3
Click to expand...

Catmonkey said:
Sure they are. You have to realize they're upside down in the picture. Why? I don't know.
Click to expand...

I never said they were smart. There are no mono's remotely similar to the Cobrajet. At one time they called it by name, but I'm guessing Ford had their way with them.

Joined Sep 15, 2010
·
648 Posts
First please let me say For the KB Mammoth 168 there's no need for any adaptor plates if you buy the XBA O-Sized plenum from PBH. It's a 4 bolt O-Sized plenum that matches perfect on the Trinity side & has KB bolt pattern on the TB side . Funny thing was back in 2017, BPS told me they actually manufactured the XBA O-sized plenum for PBH but there was some exclusive agreement which I think expired in 2018. I'm sure BPS could update & clarify on that plenum today.

Here's my big long boring story on this one singular mono blade topic . Uugh......
From my 2017 conversations with Accufab they made TB's for Ford, Mopar& more. They did NOT use Ford/Mopar ECU's to bench test which was noted by Lund. Instead, they used their own Accufab universal ECU. So yeah... Accufab's out there in the market for many manufacturers. And they did test the heck out of my FRPP TB. But to no avail. "Tip In" was still a big issue & my car could not idle below 3500rpm + could not be driven.

In 2017, FRPP Tech also told me they were also in discussion with Accufab about the failure of Cobra Jet's TB on GT500's. FRPP Tech told me they were researching the ECU issues with an experimental Mustang GT. They offered to pay shipping & install my FRPP Mono on their car for field testing...... except.... their test car wrecked. So FRPP were getting calls about the ECU issues of some Cobra Jet mono's on GT500's & late model Mustangs way back in 2017.
From speaking with all parties there were some issues & Accufab had little love for Lund who asserted FRPP Mono's made after 2012-13 presented tuning issues. (?). Yet there were and are still guys here on the forum who have tuners with no such problems. God bless those tuners !
All I know is back then I had two 20+ year Mustang Race Dyno shops + Lund unable to make my car driveable with 2 different FRPP Mono's. Back then LMR offered me an old FRPP Mono Blade laying on of a shelf since 2012 . They even sent me a picture of a really dusty dated box LOL! But after exhaustive efforts with all the parties I opted for the KB Mono PBH package tuned by Lund. I learned tons from this PITA crazy journey. It was not fun. But in the end I'm extremely happy with the gain & driveability of the KB 168 Mono with XBA O-sized plenum .

Jam421 said:
Here's my big long boring story on this one singular mono blade topic . Uugh......
From my 2017 conversations with Accufab they made TB's for Ford, Mopar& more.

In 2017, FRPP Tech also told me they were also in discussion with Accufab about the failure of Cobra Jet's TB on GT500's. FRPP Tech told me they were researching the ECU issues with an experimental Mustang GT.
Yet there were and are still guys here on the forum who have tuners with no such problems. God bless those tuners !
Click to expand...

Joined Sep 15, 2010
·
648 Posts
I did not mention Accufab did share they made the VMP TB's . My only regret when I swapped to the FRPP mono blade was that I didn't swap out the Cobra Jet electronics from my old stock TB. KB's come without the servo as the customer transfers their stock TB servo to the 168. It was an easy swap with the KB instructions. I often wondered if that would've made a difference on the FRPP. Either way there's easy power and very good driveability in Mono's once they're calibrated. I don't think any guys here regret that mod !
BABAS_ SVT ....I see your in CT. Have you considered Pro Edge Performance for tuning? I forget what town they're in but their tuner used to prefer the Whipple Eliptical. .

2013 GT500
Joined 2 mo ago
·
23 Posts
Thank you Jam421 and I never heard of them I will look into them. The only other place that came up for mustangs was juggernaut power or performance in CT. Are in the CT area?

Joined Sep 15, 2010
·
648 Posts
Wallingford CT (?)......https://proedgetuning.com/
Never been there but when I was considering porting my Trinity Pro Edge had a deep knowledge of GT500's.
He's located near 1320Junkie who's very well known for porting Trinity SC's. In the end I decided not to go ahead with the mod. The owner's name is Bill.

Goose17 said:
From what I’ve seen online, Lund has got his tune for the mono blade dialed in. If I were you though, I would decide on a tuner and then contact them and inquire which throttle body they prefer.
Click to expand...

Joined Sep 15, 2010
·
648 Posts
The owner of one of the Mustang race shops in our area had his tuner install a CJ Mono on his 2017 Mustang GT 5.0. They got it dialed in but they said it took a few afternoons of in between jobs . In the end he was very happy with the power & driveability of the CJ Mono.
NOT the same with my '13 GT500. It simply could not roll out of the shop and go down a street. After 6 hours I wound up going back home on my VMP 67 TB . After that I was on a mission ( no idea why !!) to get a working Mono Blade on my car. After a few months of frustration the KB seemed the only way to go. Not a cheap venture but sometimes we have to pay the tuition. I did learn a lot about my car but as a stubborn stupidhead I came no where near graduating at the top of my class LOL !.
21 - 34 of 34 Posts
Join the discussion
Continue with Facebook
Continue with Google
or sign up with email
Recommended Reading
Read More
Read More
About this Discussion
33 Replies
8 Participants
Last post:
Jam421 13 d ago
Ford Shelby GT500 Forum
2007+ Ford Shelby GT500 enthusiasts share information, maintenance, modifications and tech advice.
Full Forum Listing
Explore Our Forums
General GT500 Discussions Performance Modifications Off Topic Discussion Parts For Sale/Wanted Non-Performance Modifications
Popular Communities